Book Review: The One by Kiera Cass 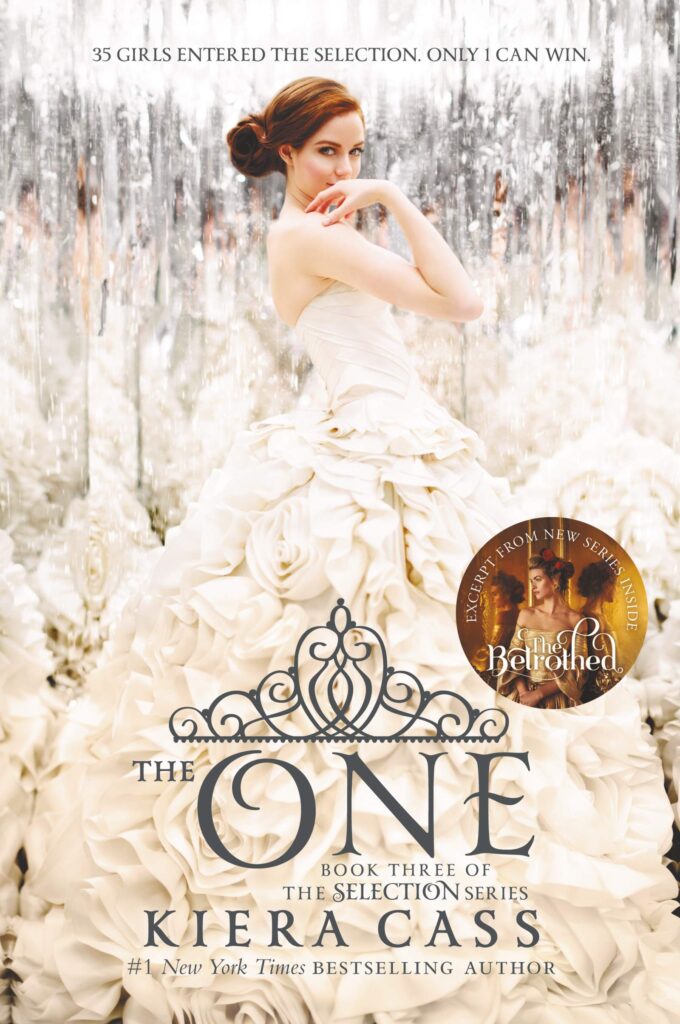 The One by Kiera Cass is the third installment of The Selection series. America, the main character, lives in a world divided by castes. America and her family do not live in a very high caste. In the first book, she has a boyfriend but then is allowed to compete against other girls for the prince’s heart. She doesn’t want to do this as she is in a committed relationship of her own; however, if she wins her family can step up in the caste world and she can provide much financial support for them. America’s current boyfriend lives in a caste lower than her and he thinks it wouldn’t be very helpful if she wedded him, as she would have to move down a caste, so he insists she go to the “competition” to win the prince’s heart. This upsets America because her boyfriend is telling her to go off to win another guy’s heart so they break up. Flash forward to the third book, America is taking this competition seriously. She genuinely has romantic feelings for the prince. However, there are still several girls left in the competition as well as disapproving parents which makes America’s position to win much more difficult.

I would give this book five out of five stars. It is beautifully written which will have young adult readers of all ages swooning left and right. The character development of all the characters is wonderfully crafted. I would recommend this book to readers who enjoyed the first and second books in The Selection series.

Availability: Electronically and in the Library